Check out our Latest Blogs!

We are an agency with an unconventional innovation lab run by smart brand builders and out-of-the-box storytellers. Our passion is simplified communication using next-generation tools and strategies for faster growth. We enjoy getting to know all your needs and invest ourselves to achieve success. We don’t just build communication strategies; we help you have measurable results.

Before you start reading this article, here is a gentle reminder to go wash your hands.

Now that it is out of the way, let us look at how different brands have been lending a helping hand in the wake of the coronavirus pandemic.

How are brands reacting to COVID-19?

As the COVID-19 pandemic continues its spread across the globe, medical institutions, public enterprises, NGOs, and various other authorities continue to stay on the ground to combat the virus. Since various governments of the world have imposed partial to complete lockdown in their countries and people are being forced to stay at home, there has been a sudden surge in the viewership of content. According to Nielsen data, people are watching about 60% more content than usual — and brands are taking note of this.

However, instead of using this crisis as an opportunity to make a marketing ploy,  they are ramping up their efforts to combat the novel virus by lending a helping hand - from taking part in awareness campaigns, donating to research, sharing tips and advice on the pandemic, among other things. Furthermore, they are ditching their usual advertisement campaigns to make room for content related to the pandemic.

Here is a list of top ten brands who have made a mark with their campaigns during the coronavirus pandemic:

Dolce & Gabbana have donated to Humanitas University for a research project hoping to help with the fight against coronavirus. The Italian fashion brand had announced in February that it was hoping to help contribute to solving the problem, which is affecting the global population. 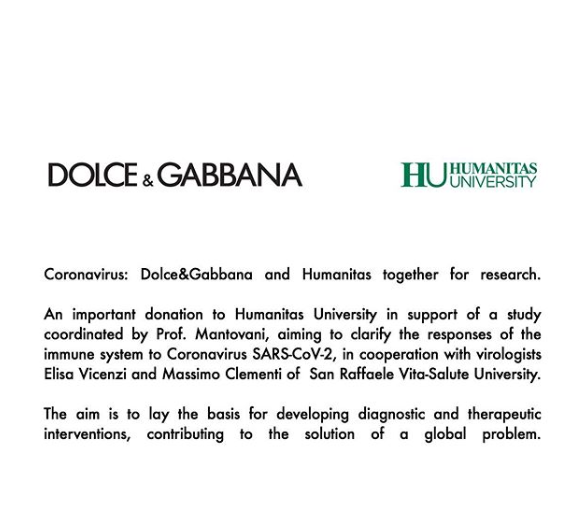 Luxury designer brands such as Louis Vuitton, Dior, Gucci, and Prada have decided to produce millions of facemasks primarily in high-risk areas such as Italy and France. Even H&M and Zara have begun to take steps to switch their textile manufacturing over to making health materials.

Lifebuoy, the hygiene brand from Hindustan Unilever (HUL), has been promoting the use of hand sanitisers as an effort to combat the coronavirus pandemic. It has released several public service advertisements urging people to wash their hands frequently using soap, use alcohol-based sanitisers, tissues and masks if feeling unwell. It has also mentioned its key competitors such as Lux, Dettol, Santoor, and Godrej No. 1 in the campaign and asked people to buy any soap they had access to.

Like Lifebuoy, Savlon India has also been using social media platforms to dole out information on precautionary measures. It conducted a Q&A about COVID-19 on social media, in which their panel of experts answered the questions asked by the audience. 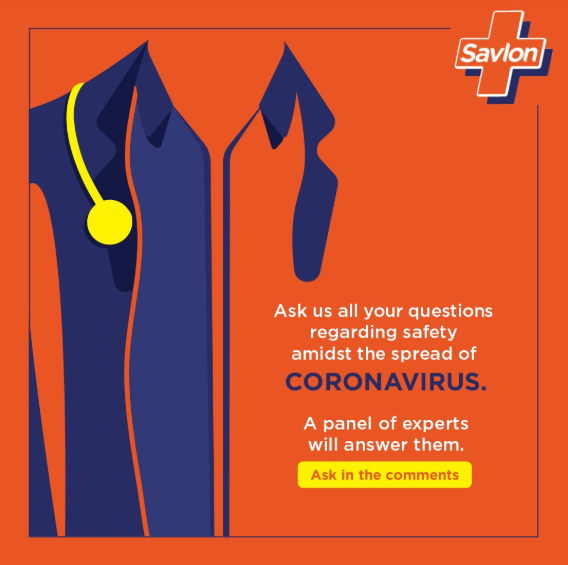 During this current time of global distress, Indian food-tech unicorn Zomato launched the ‘Feed the Daily Wager’ initiative on March 24 to support and ensure meals for workers at construction sites, shops, restaurants, delivery staff, and local transport systems who earn on daily basis. It has made ration kits, including wheat flour or rice, two types of pulses, and a bar of soap, to meet the needs of a family of five members for one week. The food-tech giant has also been asking its users to donate money in preparation for these kits. 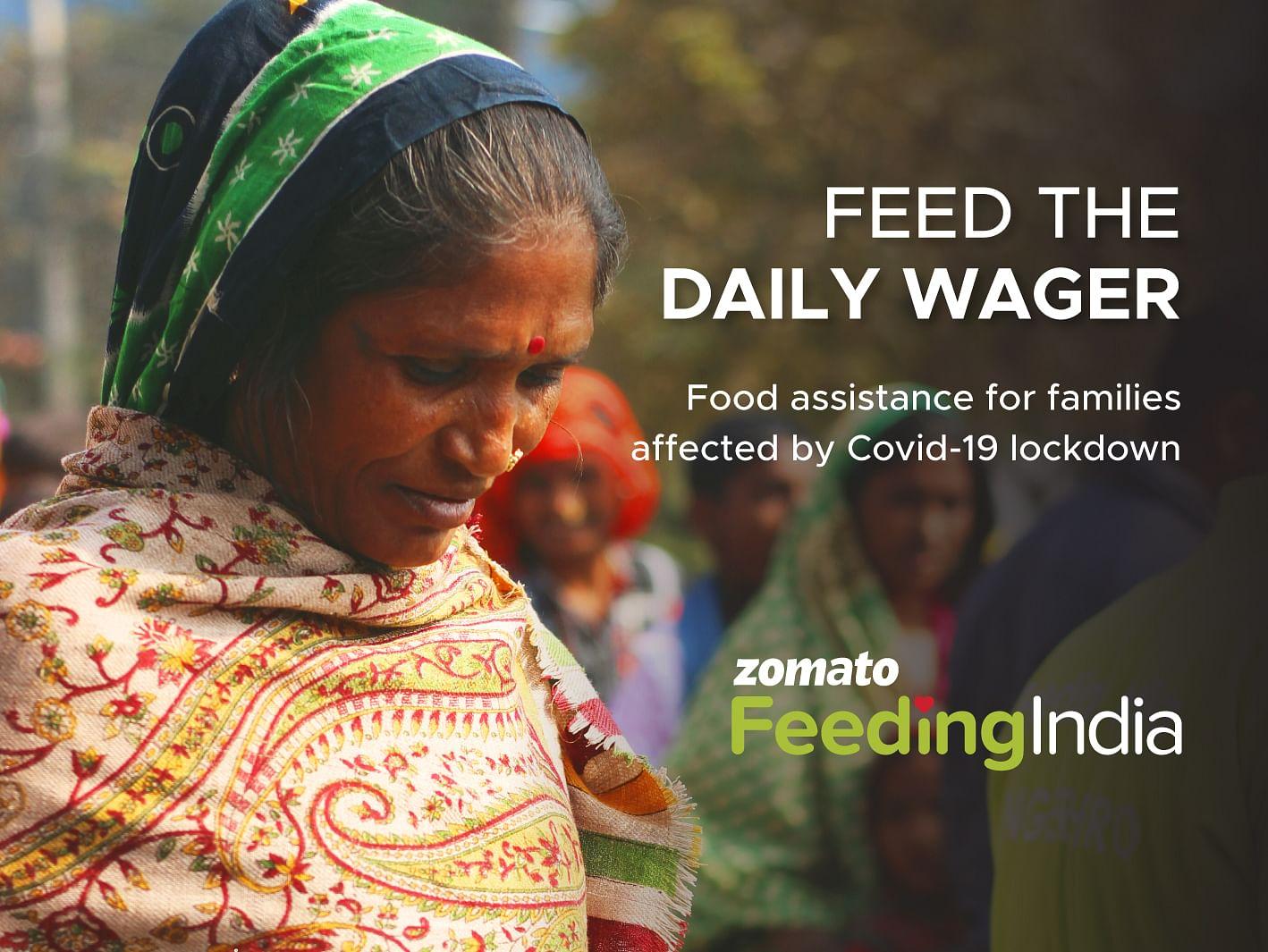 The Alibaba Group launched a business-to-business sourcing platform to help speed up the distribution of medical supplies directly to areas that need them the most. Called the Alibaba Global Direct Sourcing Platform, it serves as an information bridge, matching sellers of medical supplies and their products with the needs of affected hospitals and local authorities. It also lays out the specifications of supplies being sought, including types, models, and product quantities, and begin the procurement process once sellers and their goods are verified as matches. 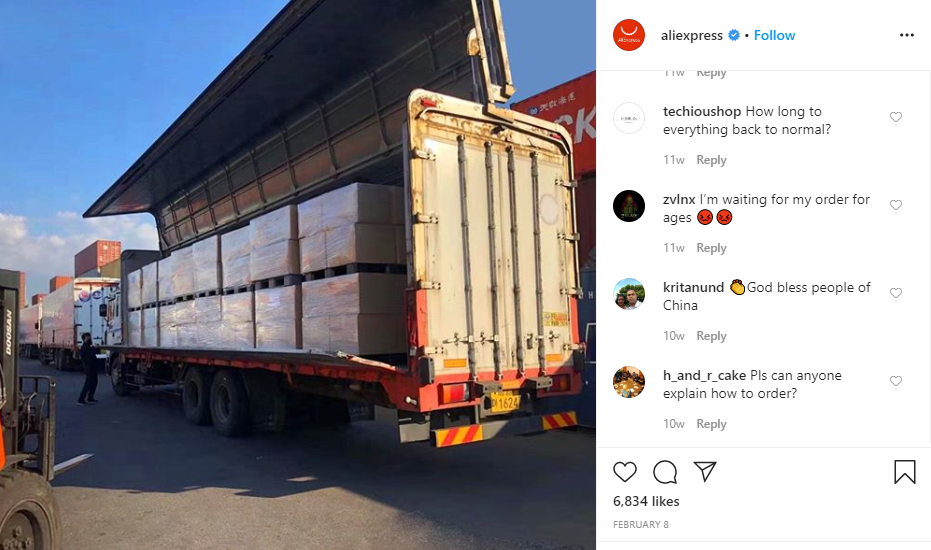 McDonald’s Philippines outlined new precautions being taken by the food giant, to directly address consumers’ heightened concerns around protecting their health. Such precautions included required temperature checks for employees before and after shifts, among others. In a video released by the company on social media, its president and CEO Kenneth Yang assured customers, “We will not hesitate to cancel any customer activity or even temporarily shut down any of our restaurants.” 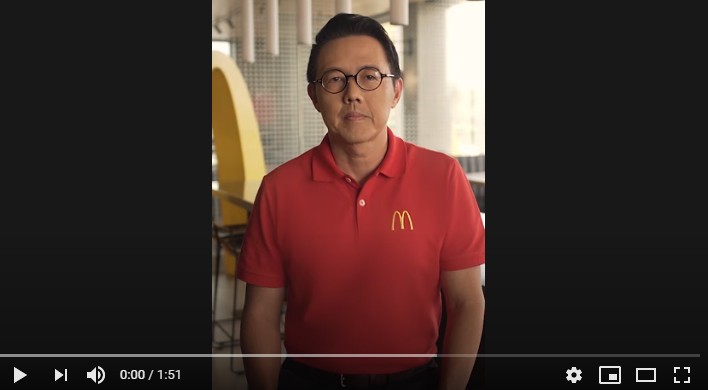 Whereas in an inspired stay-at-home campaign, Burger King France published a guide to making some of its most iconic sandwiches, including the Whopper, in your kitchen. The company revealed in a post on Twitter that the “Quarantine Whooper” or “Le Whopper de la Quarantine,” could be made at home using a variety of store-bought items. After this, social media users also began uploading their photos of homemade “Whoppers,” with varying results. 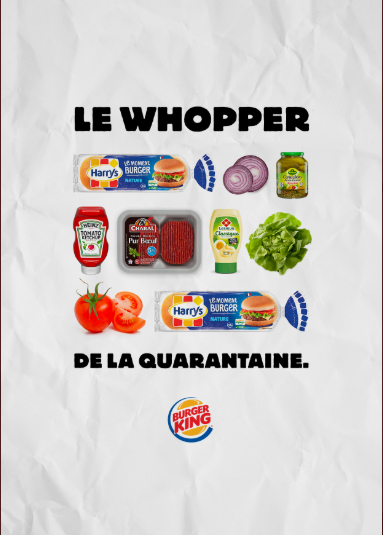 Guinness, a global beer brand, was one of the first brands to address the coronavirus head-on. It addressed the pandemic through its latest advertisement released on March 20. The Irish beer company acknowledged that St. Patrick’s Day would not be the same this year due to the parade and bar closures. However, the company vowed to “march again” and thus pledged $500,000 through its Guinness Gives Back Fund to “help the communities where we live, work and celebrate”. Guinness Ireland also pledged €1.5 million to support Irish bar staff and elderly citizens. 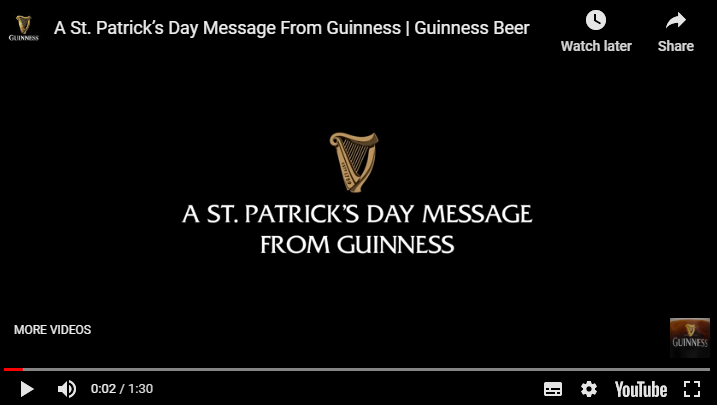 While Miller Lite has reached out a helping hand to struggling bartenders, who are now unemployed in response to the mass closure of bars worldwide. The American beer company tweeted a photo of an abandoned pub in support of their latest campaign “#VirtualTipJar”, which aims to raise money for bartenders who have been put out of work. The owner of Miller Lite, Molson Coors, has also volunteered an additional $1 million as numerous US restaurants and bars have closed their doors due to the pandemic. 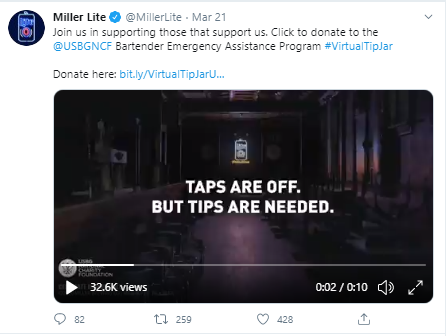 As grocery stores around the world have struggled to meet high demands, Kraft Heinz Co. supported their efforts by donating $12 million globally in both cash and food. The American food company also launched the #WeGotYouAmerica campaign, showing appreciation for all the plant workers ramping up food production. 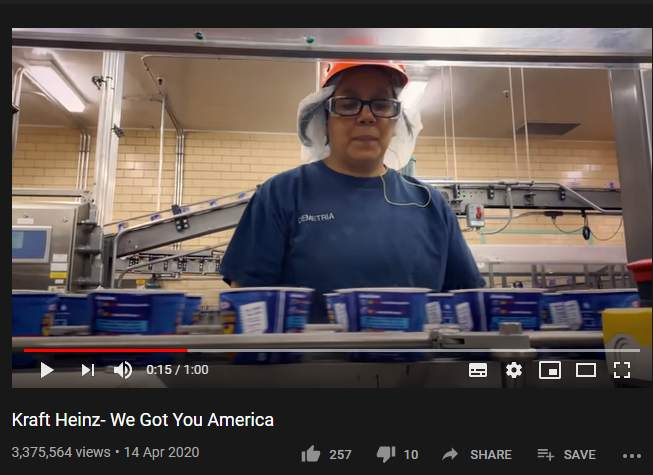 The global appetite for online video content may never be stronger than it is right now as millions of people around the world are confined to their homes. Hence, in the wake of the novel virus, many brands have decided to give back to their struggling communities by temporarily providing free online services.

While Disney+ is not offering anything for free, but it helped parents by making Frozen II available on its streaming service three months ahead of schedule. It also went live three weeks early in India, where it was originally supposed to launch March 29. 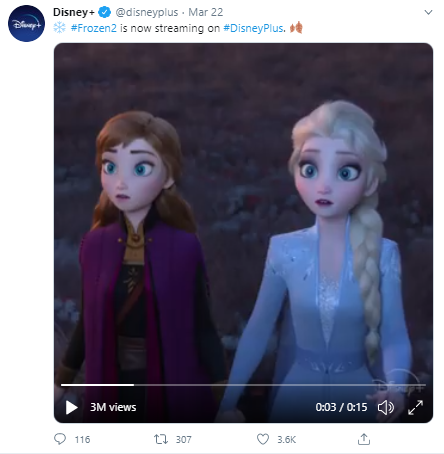 Meanwhile, HBO put some of its signature programs, from new hits like Succession to classics like The Sopranos, available to stream for anyone. Whereas Sling TV, the American internet TV service is offering thousands of hours of its programming for free temporarily because of coronavirus.

As the novel virus wreaks havoc on the economy, Facebook has also made an effort in helping out the community by pledging $100 million to small businesses in addition to providing advertising assistance for businesses marketing on the social network. The social media giant’s CEO Mark Zuckerberg also highlighted the platform’s information service capabilities by sharing a live-stream interview with the former director of the National Institute of Allergies and Infectious Diseases, Dr. Anthony Fauci. The two aimed to provide more credible information on the virus than what may be circulating on the internet. 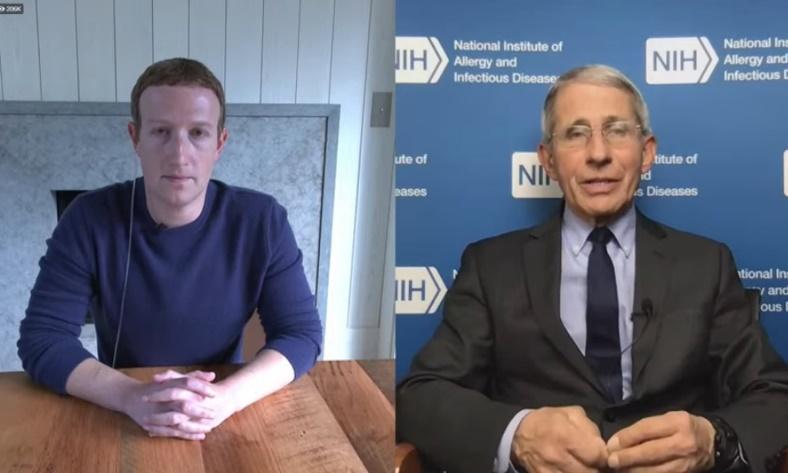 Meanwhile, Snapchat has created a feature ’Here For You’ that provides users with resources for topics related to mental health, including anxiety, depression, stress, suicidal thoughts, and grief. This search tool aims to help users who may be feeling anxious or stressed over the coronavirus pandemic. 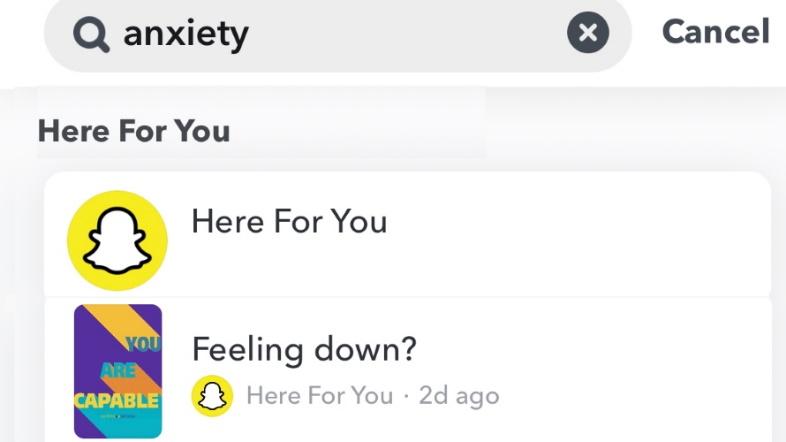 Amazon has taken measures to protect its factory workers by temporarily halting all non-essential order deliveries in countries such as India, Italy, and France. The company shared the newest safety measures, saying that it would focus on receiving and shipping only “the products needed most by customers at this time” such as essential items, including food and hygiene products as it has also seen a surge in demand of such products.

While Ikea is urging us to embrace our abodes, Hershey’s chocolate is asking us to spread love from a distance, and Hotels.com’s Captain Obvious is stating the obvious: Just stay home, we at Turiya Communications are working from home day-in and day-out to keep you digitally ahead and updated with everything that is going on in the communication world.

Having trouble in planning and executing your advertisements in the wake of the pandemic? We can help you! Visit our website www.turiyacommunications.com to know more!